Posted on April 10, 2008 by Reid Greiner
Posted in Market Trends

“Overall sales in the GTA declined 22 per cent compared to March 2007, 27 per cent in the City of Toronto and 18 per cent in the 905 suburbs,” said Ms. O’Neill. “It’s important to recognize though, that despite the worst winter in decades, 6,631 homes changed hands last month in the GTA and that is still a significant number.”

Diminished listing inventory, which at 20,533, was down six per cent from a year ago, kept prices strong in March.

Sales in Burlington (W25) were up 18 per cent compared to a year ago, with brisk activity in most housing categories.

“Forty per cent of international households that come to Canada settle in the GTA, giving us robust immigration levels; employment and wages continue to be strong; borrowing costs remain at historically low levels and there is a wide variety of mortgage products from which to choose,” she said.

“This means that there is a steady demand for housing and consumers should have the financial resources to buy homes; with such pent-up demand it is an excellent time to sell your home.”

“We remain concerned about the land transfer tax in Toronto and the economic slowdown in the United States,” added Ms. O’Neill. “Home sales in the City of Toronto spiked towards the end of 2007 probably in a bid to avoid the Toronto land transfer tax, but have since dropped off since the introduction of the tax.” 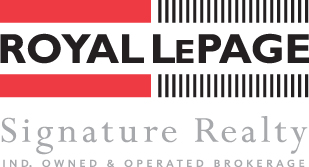